I can not figure out how to get the posts to show in order of writing. Please use the archive list to start or continue at a point that chronologicly makes more sense than reading everything from latest to earliest, or backwards. The PTSD posts begin on 5/29/09

There are two major facilities that are there for the Veteran.

The Vet Center is for veterans that served in combat, but not for other veterans who served state-side or in a foreign, non combative country.

Today we can discuss the Vet Center, one of which is located on 10th Ave N, east of Florida Mango and West of Boutwell in Lake Worth. A phone call and a referral brought me to this one back in March.

These Vet Centers are for re-adjustment from being in a combat scenario back to peace time. It is for counseling and referrals dealing with the problems combat can cause, such as PTSD. It is structured as a team effort, with a team leader, support staff and councilors. Unfortunately there can be some good team players and some not-so-good team players. The problem here is that there are only a few councilors, so even one not-so-good councilor can effect the entire team and it's outcome. With a councilor being needed at home-comings of units in the area, or adding support for another short handed center, it's hard to only see the good ones.

The government is the government, no matter what it is doing. One of the known drawbacks with dealing with the government is covering your butt, or protecting your team members butts. Policy is written, not as a primary concern of the veteran, or client, but that of the facility, the establishment, the agency, or in this case, the Center.

But that is life, you learn to deal with it. You always have the choice to go there and participate, to stay away and get help from others, or fight for your rights while doing both. There is always the next level in the chain of command to help, it's just getting to the right level that matters.

The VAMC here is much, much larger than the Vet Center. You still have to deal with policy and guidelines, but not so much on a personal level. People tend to listen, or react, quicker in the larger scale than it does at a smaller, more personal level. Since it is much larger, I will discuss the shortcomings and the benefits of the medical Center without singling out any one individual like I would have to with the Vet Center, which is something I have learned to avoid.

So the Vet Center is a toss up on the whole. It can be great for some veterans, getting lucky with a good councilor, or it can be a bad experience, if you get a not-so-good councilor. It's always a toss up, but the lack of numbers is key to outcome. So dealing with the government and it's outcome is dependant on it's scale of clients and workers, the larger the establishment the better off you are.

Talk to you soon. Try and keep a smile on your face each and everyday.
(Well I did say try......hopefully you can succeed some of the days)
Posted by Walter B at 11:52 AM No comments:
Older Posts Home
Subscribe to: Posts (Atom)
In Memory of those who paid the highest price for all of us 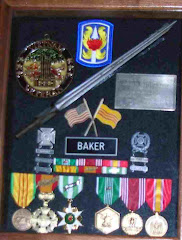 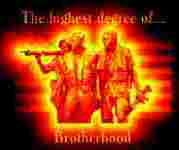